When you visualize an Audi A4, your mind tends to scamper images of sophistication, class, and luxury. The utter thought of altering perfection is outrageous, but shifting from the norm to create an essence of stance  is somewhat acceptable in today’s car culture. We love bringing fresh new features to our fans so without further ado here is Durban’s impeccable Audi Air4. And as the name reveals, it’s rolling on air…

We recently caught up with Daryll Subroyen, owner of this exquisite ride for a much enjoyed photoshoot. For those of you that don’t know him, Daryll is a part of the city’s elusive car crew called Stance Academy. He previously owned The Slammed Polo (VW Polo Vivo) and as you guessed, it was slammed to the max. Daryll had visions of airing out the Polo, however with the growing numbers of air riding Polos in the country, he decided to sell and go for something that was not done before in Durban. He had this insane vision and set out to accomplish it the moment he took delivery of his Audi. 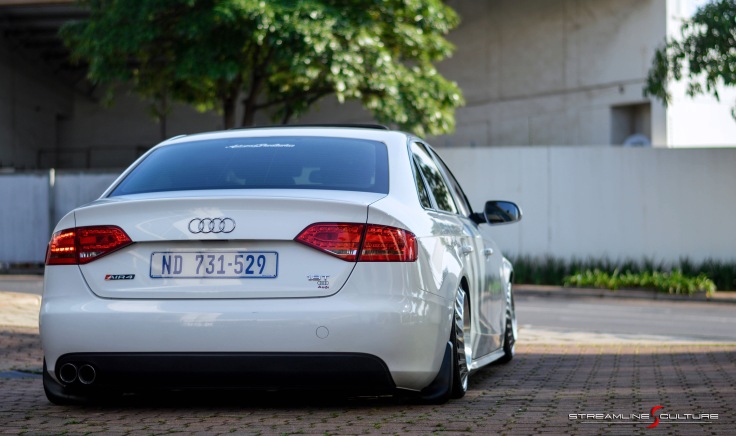 Daryll is the type of guy who literally takes scraping to a whole new level. We witnessed this first-hand when we took some rolling shots for his feature. He scraped over an uneven surface and parts of his mud flaps broke out. When we told him about it, his smug reply was: “Keep it as a souvenir.” Now to us, that is what you call a true low down addict. 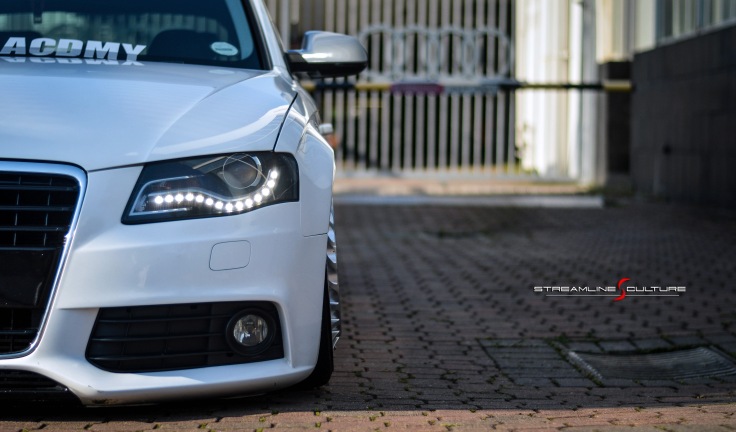 Daryll did not have much to do as he aimed to go for the simple, yet classy approach. He had a custom air ride suspension fitted, built by Low Down Customs which indisputably got him touching the ground. He went for an analogue system, 2 gauges and 4 independent switches, giving him control of each wheel. To continue with the added touch of class that the Audi brings, he decided to keep the compressor and air tank hidden to give his boot the OEM look. 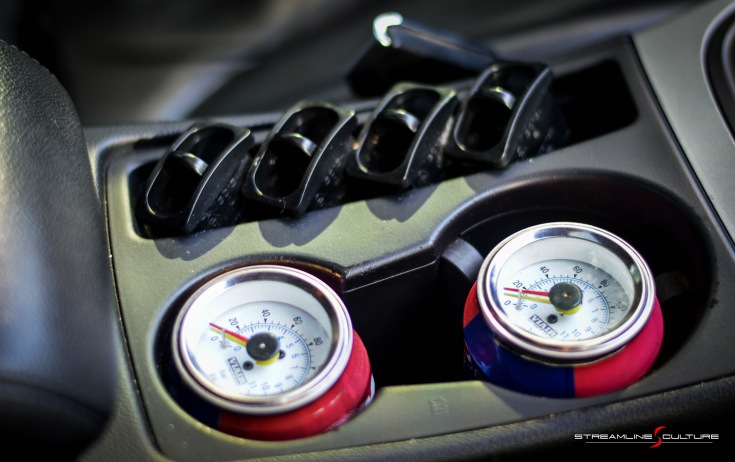 He opted for a set of 18” Messer Turbo replica wheels wrapped with 215/35/18 tyres, giving him his desired tuck and presenting the illusion of bling. The front grille was flushed out and resprayed in gloss black to continue with the touch of elegance.
Fitted with just the right mods, the Audi Air4 certainly prevails as king of the city when it comes to class. He has crazy plans for the future but let us leave that for another day.