“Build, Break, Fix, Repeat” is the perception that Valen Ankiah lives by when it comes to his well-maintained popular 1997 Honda Civic. Knighted as a true hot hatch for the Jap fans, Valen’s car has graced many forms of media which inspires him to always evolve with the latest motoring trends. Never getting tired of this ongoing change, Valen’s ego is fuelled by this passion and you would always see a fresh new look every time his car is spotted.

Purchased in 2013, totally stock in its original white coat of paint Valen decided to go for the powder blue look complimented with purple detailing that was carried through to the engine bay, interior and sound set up. When asked why he went for blue, he replied: “Because it is outstanding”. And indeed it is! I have seen him in many car shows over the years and his Civic is definitely one of those cars that stands out from the rest.

His first mod, like most people nowadays was to go Low. However he was not ready to purchase coil overs just yet as he had other plans. The most simple solution was his “angle grinder”. After a few chops, his fear of heights was quickly resolved. He then fitted on a set of 15-inch 9j wide Volks Racing wheel and had them sprayed a neon orange. He was killing that style for a while until he decided that change was needed once more. 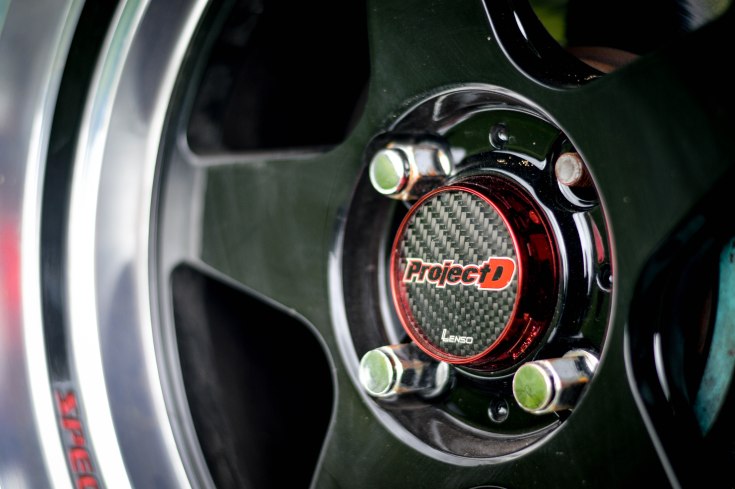 In the car scenes today, one is always faced with this question: Do I build a Stance or Race car? His aspirations of competing at the drags had set him on a journey of wanting both. “Why make a choice?” asks Valen. Under the hood he threw in a B20 engine, Dicktator management, throttles, 63-mm exhaust and branches. Dyno’d at Autotrix, he pushed 132kW of power and 198Nm of torque. Pleased at these results he spent a lot of time thereafter detailing his engine bay and building his sound set up.

He installed 2 Targa 8-inch subwoofers, complete Pioneer mids and tweeters with a Pioneer head unit. He had hoped to do more, but he smugly admits that he does not use the sound system as often as it deserved to be used. He prefers hearing the throttles scream from his 2-litre B20 VTEC Engine. After hearing him pulling off, I understand why.

At the mercy of feeling content, Valen needed more. He could not figure out just what exactly he wanted. However, a few months later he said the 3 magic words “I NEED AIR”. He thereafter looked up the necessary parts from Air Springs Supply Company and started the build. Looking back he compromised on his suspension for other parts, this time around he was not planning to compromise on anything. He decided to go for a full Air Lift Performance kit. It set him back an arm and a leg but he knew it was the best decision.

In September 2015, the project started in his garage. He had it completed in a few days but he was not happy. He wanted “More low” and spent a few more days with the drawing board. After making adjustments to his rear axle, control arm and engine mountings, he finally got the look he wanted.

Meeting up with Valen for his photoshoot was a mission. He was either breaking his car or breaking his bones. He has two passions in life; Gym and Cars. When we finally got down to meeting up, we had issues with the cops for been Aired Out on a public road. We had to quickly pack up and get moving before his disc was pulled away. Sadly, the passion for motoring does not run strong in everyone’s veins.

Check out our Showroom for more pics…