Growing up, all boys think about are hot girls and fancy cars. Indeed super cars are on top of that list with a model type girlfriend riding shotgun. However before that elite lifestyle, the legendary BMW M3 has always topped the list of the most wanted cars.

Making his dream come true, Sumeet Dharampal eventually got his M3, but being the elusive guy he is, his dreams consisted of much more. He is no stranger to the car scenes, his garage saw the likes of many well-known cars like his popular Golf 6 GTi which graced the pages of many performance magazines. Streamline Culture proudly boasts on the privilege to be the first to feature Sumeet’s latest project, the first bagged M3 E93 in Africa.

Shoot day had arrived. We saw ourselves in an upcoming area in the prominent town of uMhlanga and located the perfect spot with a scenery to rival the Hamptons. Camera gear out, scene directed, and up walked a fierce looking security guard who said: “This is a private owned area, you cannot use your camera here”. With great disappointment, we drove to another location while attempting to capture rolling shots on the way as the growling roars of the M3 woke up the town.

Sumeet purchased his stock standard alpine white 2008 BMW M3 E93 back in 2014 and immediately began the customisation process. As most would say, the M3 has everything you could possibly desire in a car, however Sumeet’s road to glory was far from near. First to go was the standard springs and in went a set of H&R lowering springs, which led to the car looking even sexier. Soon after came a set of 20-inch wheels, however they did not stay on for too long. Sumeeth says: “I get bored of the same look very quick”.

The M3 comes packing with a V8 engine and to give it the racers treatment, Sumeeth fitted a performance exhaust system as well as Excede Performance software. The interior came standard in a dashing ox red leather seats and trims. Keeping the standard deck, he replaced the original speakers with Harmon Kardon. A carbon fibre front lip, rear diffuser, and side markers were the the only extras added to the body after all what more does a drop top need.

The car currently rolls on a set of 20-inch red Zedd Wheels which Sumeet had custom made in Taiwan. He recently tapped into the wheel industry opening up The Wheel Emporium and has already taken the market by storm. 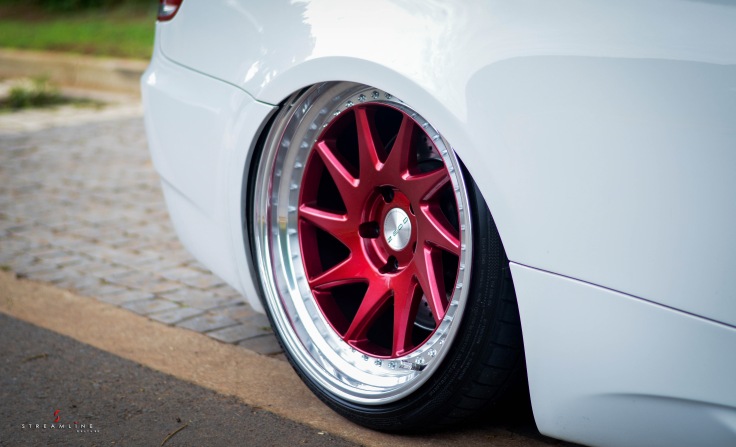 No surprises here, Sumeet opted for a complete Air Lift Performance kit fitted with complete Air Lift struts controlled by a V2 Autopilot management system which allows him to control the height of each wheel. He plans to upgrade to a full ACCU-AIR management system soon so that he is able to control his ride height via his phone. Coming soon, we can see this M3 fitted with a Liberty Walk bodykit, taking every young boys dream to new heights. 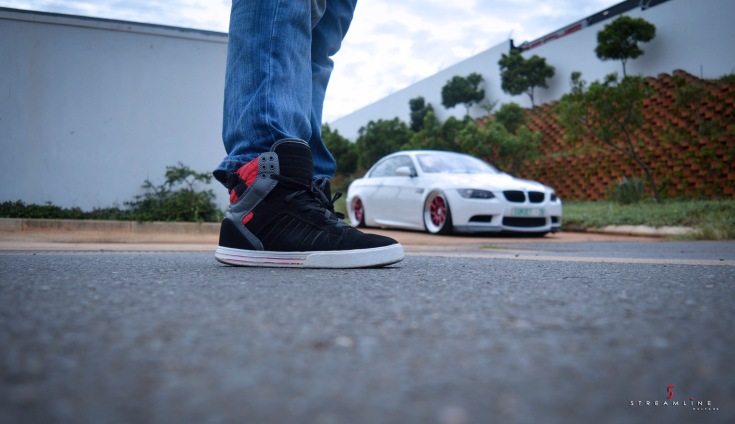 Visit our Showroom for more pics on this rare beauty and keep watching these pages to view the video.