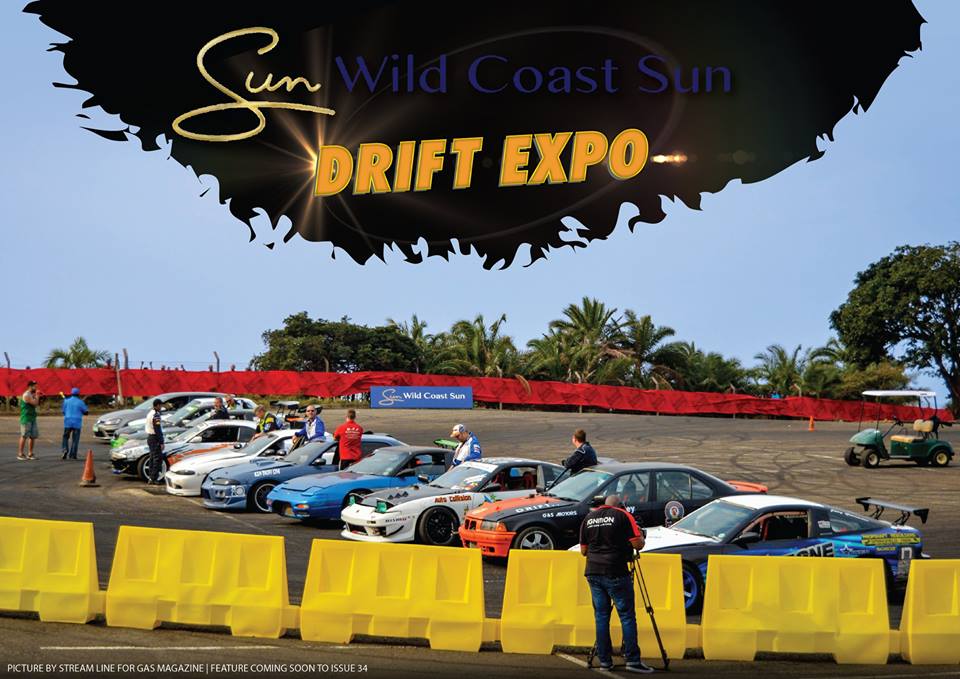 The first Wild Coast Sun Drift Expo took place on Saturday, 29 August at the Wild Coast Sun Casino and Resort. With people just getting over the hype and excitement of The Gas Motorshow at Dezzi, this is exactly what KZN needed to keep the adrenaline junkies fuelled up for some more action. 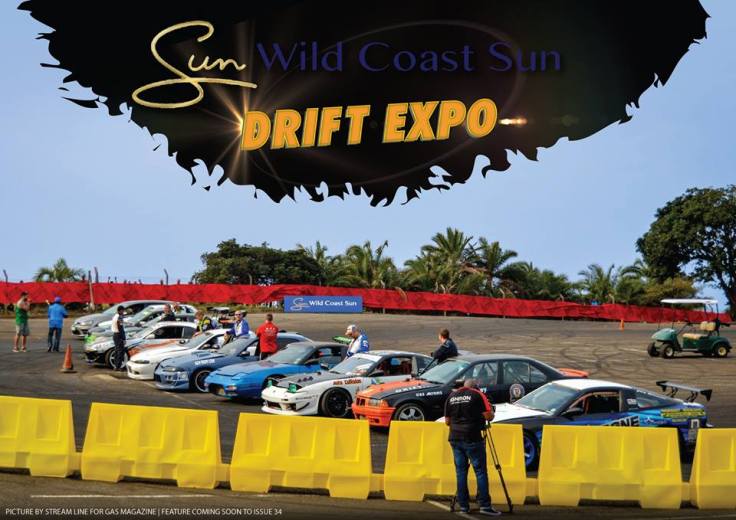 Some of the highlights were Full circuit drifting, Sound Off, Car Show ‘n Shine and the “suicide rides” which kept the crowds pumped up with the thrills of being in a drift car. Drifting at the Wild Coast Sun was something that I could not wait to experience first-hand and seen that this was a first for the Wild Coast I was quite pleased to be the one covering the event on behalf of Gas. When you think of an event like this you imagine the sounds of the drift cars, the screeching of tyres, the smell of burning rubber and the roar of the crowds. This was exactly the atmosphere that the show had to offer and much more. Fancy a ‘suicide ride’? Was one of the questions on most people’s mind? Well that’s what I thought of when I was offered to go for a ride in one of the Drift Cars. How do I describe my experience? Hmmm… Well it’s everything that the name describes. It was totally awesome and I think the drivers are just too talented, I mean I couldn’t hold my camera without the fear of it ending up under the wheels yet alone think of drifting. 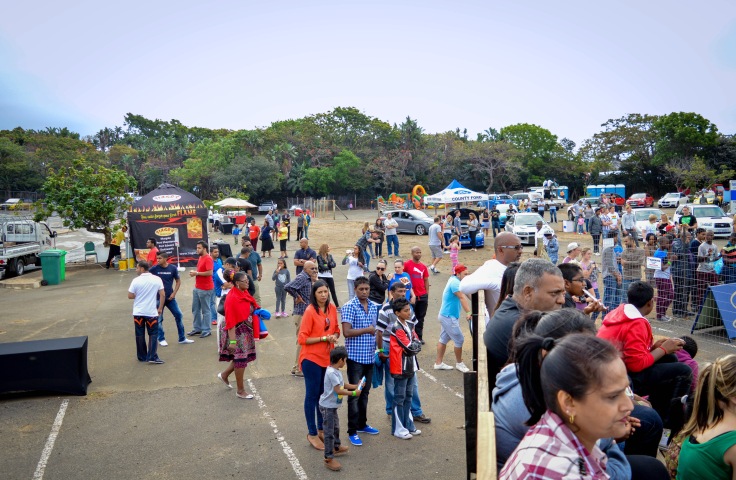 The day started off with the Puren brothers Brendan and Gavin burning rubber around the track with high speeds in single-drift expos. They were followed around the track by local and national drifters, one of them been Joey Govender who was my drift driver on the day. Super cool guy and drifting came so naturally to him. I wish I could say the same for me. 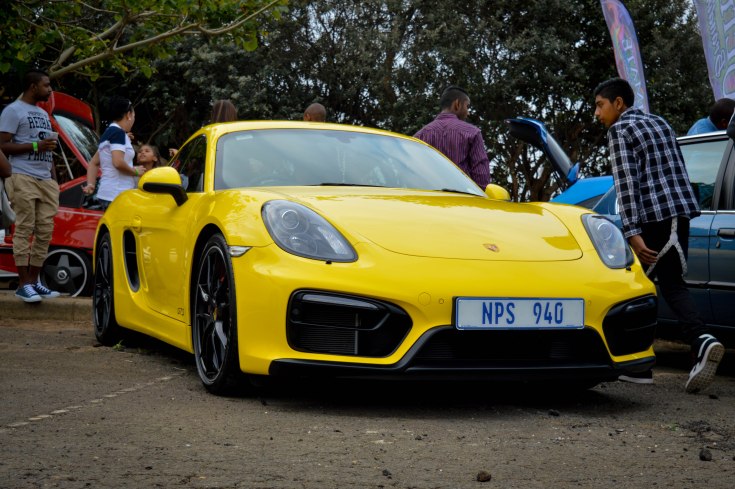 Watching cars drift and feeling the experience is definitely not the same. I spent a lot of time at the drift track chatting to drivers and watching people step in and out of the drift cars. Some of them nearly back out last minute only to be persuaded by their partners to experience the thrill. It was quite fun to see how shaken up they were after the ride. Crowds were quite pleased to get up close and personal with the drivers and their cars. Rides were offered at R150 which was totally worth the experience. I mean how often you get a chance to sit in a real drift car with a professional driver. 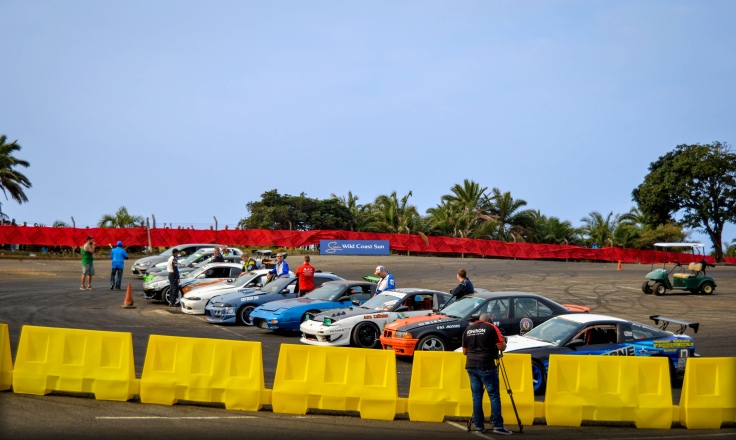 Elite Car Customs hosted the Show ‘n Shine and Sound Off competitions­. It was good to see cars from all over SA entering and been a part of the action. I noticed a lot of guys and car clubs from the south coast. It’s good to see that the car scenes are definitely growing on the coast. It gives us Durban people more reason to visit the coast more often. 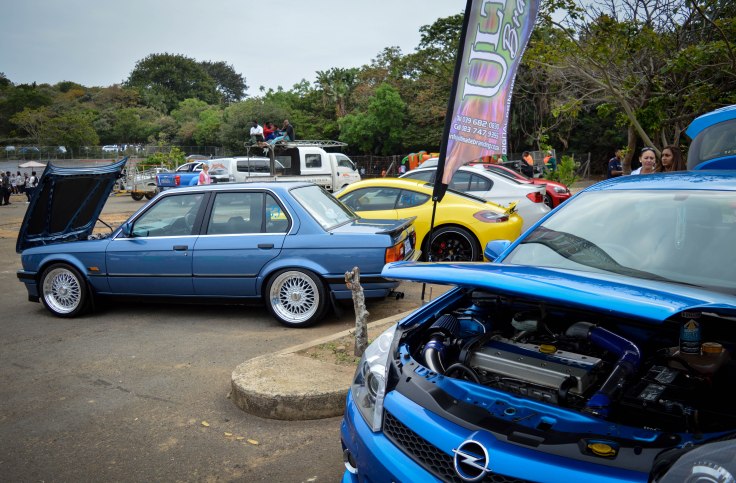 As much as the Drift cars kept most people fuelled up, I think my ultimate highlight for the day was the Stealth Tuned GTR. I think my love for this car has grown after seen the Liberty Walk GTR built by Race. I asked one the guys from Stealth to rev it up so I could get some clips for my video but once people heard the roar of the engine and the sound of the dump valve, my chances of getting anything on camera was gone as crowds raced there to capture their very own private videos on their phones. 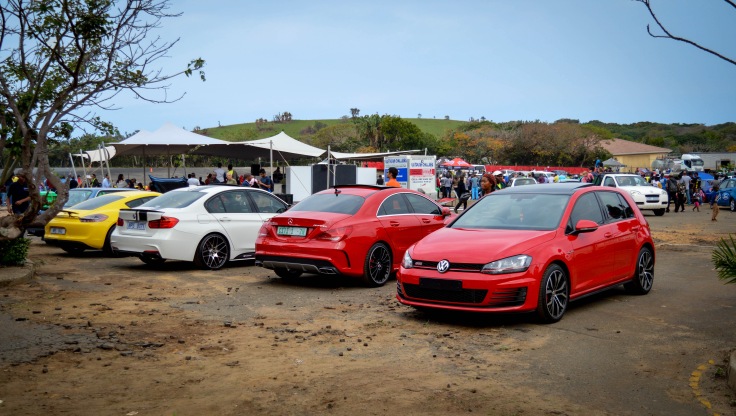 The event was catered by the Wild Coast Sun’s Catering team and Tiagos, not forgetting a beer tent courtesy of SAB. Nothing like an ice cold beer to quench your thirst on a hot day. If all this was not enough a special play area was set up to keep the little ones entertained while the show went on. It was interesting enough to see that this area was never really busy…  It’s amazing how kids these days are drawn to speed and sound from such a young age. 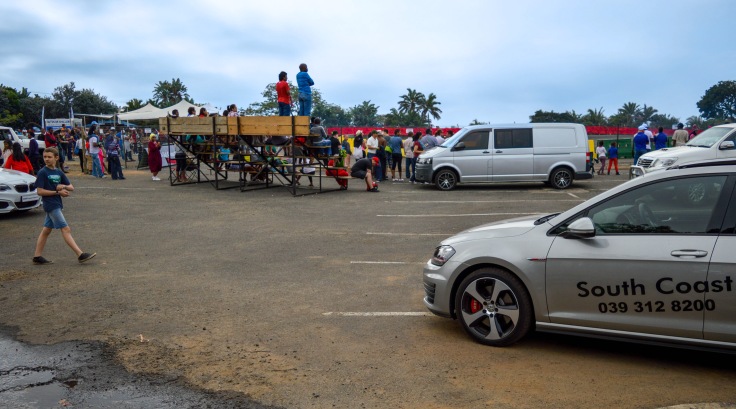 Overall it was an Epic Show which attracted over 1500 spectators and ranked as one of the best motoring shows hosted in KZN. It was totally funded by the Wild Coast Sun and with the success it had its definitely going to turn into an annual event and I’m sure it will grow much bigger. The show was covered both by Gas Magazine and Ignition TV and for those that were interviewed by Rikki Brest, I’m sure you looking forward to see yourself on TV.