This car has appeared out of no where and has become quiet popular amongst the car scenes in SA. Featured already on Igntition TV and soon to appear in Max My Ride and Gas Magazine, this Aired Out RunX Rsi has definitely made a name for itself.

For those of you that don’t know, I am Jitesh Mohun owner of this beauty and founder of Stream Line. My passion for cars and photography has drawn me to start featuring cars and what better way to start, than featuring my own… I bought this car in 2011 and it was as stock as you can get… My first mod was to go lower but even then, it wasn’t low enough for me. My desire for more low got me looking into Air Suspensions.  It was only last year that I finally made that dream a reality.

Been a RunX enthusiast and a member of one of the biggest RunX Car Clubs in Durbs “Durban X Owners” has a lot of perks. For one knowledge is always readily available and this was my strongest contributions in deciding to do the build myself. I took a chance and bought a universal Air Lift Performance kit not knowing what the outcome will be. The fabrication of the parts was more than I anticipated and there were times, I almost gave up but looking at the final work of art, it was worth all the effort.

Most people by now know what Air suspensions are about but for those that dont, it uses a system of air bags and compressors to raise or drop the car when desired. The car can either clear speed bumps or scrape the cats eyes. Dropped down to its lowest settings, parts of the car literally touch the ground.

A stock RunX Rsi is good for about 141Kw. Been a naturally aspirated engine at the coast, there’s no need for too much modifications to the engine, an INJEN cold air induction and 63mm exhaust was was the only mods done to then engine (a must for any Rsi). The Strut brace was designed and fitted by me to stiffen up that top end rides and improve the handling.

The sound system consists of a Tablet as the head unit, 2 Targa amps a Targa Subwoofer, Pioneer Tweeter and Mids. The boot set up was the final touch done by me and the center stage is occupied by the suspension compressor and tank. 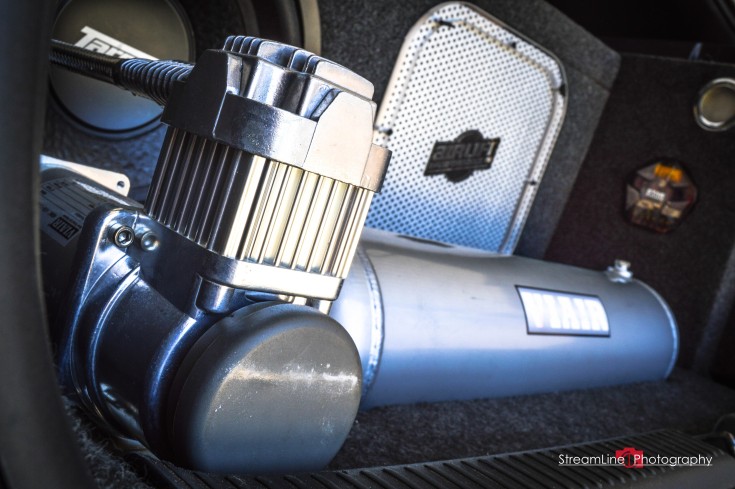 Future plans….. I don’t know to be honest.. Only time will tell…..AIR3DOUT